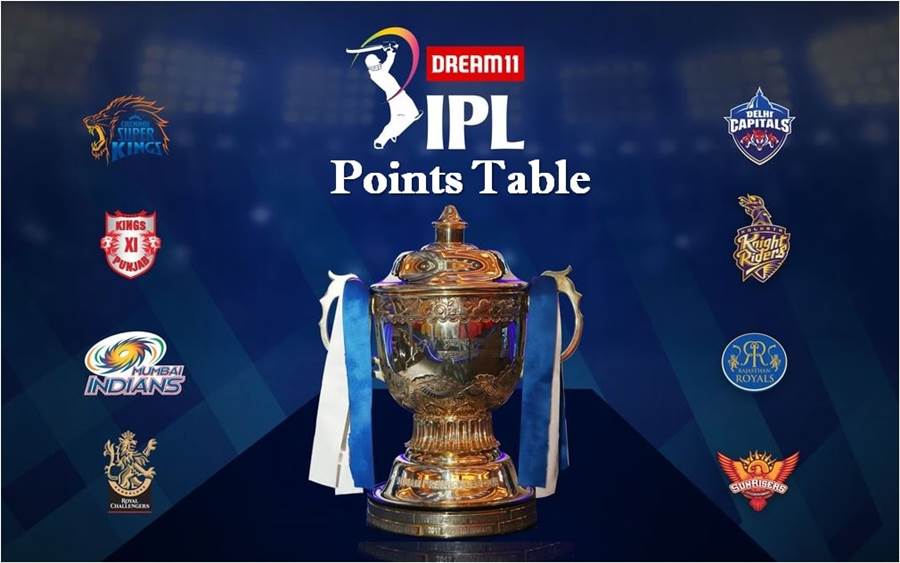 We have brought IPL points table 2020 for you. Here you can know the points of your favorite team.

In Saturday’s match, the Kolkata Knight Rider made it to the fifth position in the table with their 7 wicket win over Sunrisers Hyderabad. SRH has not won any matches yet. It has become the only team without a win.

Kings XI Punjab is in second place, while Mumbai Indians and Rajasthan Royals are in third and fourth positions respectively. Chennai Super Kings are sixth with 2 points.

Royal Challengers Bangalore is in seventh place.
Delhi Capitals remains in the first place with 4 points.

Faf du Plessis continued to run for his franchise. In the clash against Delhi, the former South Africa captain scored 43 for 35 but did not get support from his teammates. He has scored 173 runs in three matches as the tournament’s leading run-scorer.

Kagiso Rabada got off to a great start in the clash against CSK. He then ended the match by removing both MS Dhoni and Ravindra Jadeja in the final over. He now tops the bowlers with five wickets in five matches.

I hope you will found your team ranking here. IPL points table 2020 shows the latest ranking of your favorite team.